Why Ruby Down Under forum was created?

TL;DR; is available at the bottom for the all busy people.

Many people have asked me why we launched the Ruby Down Under forum. There is already a RORO google group and multiple Slack teams including the official RubyAU. I’ll answer that in this post.

Communication is very important for the community, especially when it’s spread across multiple cities and countries. Good communication is like a house foundation: the better it is, the bigger house you can build and the longer it will stand. In the digital age it’s essential to use the best tools for communication.

Before RubyDU existed, there were two main discussion platforms for the Australian Ruby community: RORO google group and Slack teams. Let’s look at them separately in detail.

Ruby on Rails Oceania google group has existed for 10 years now, while the Ruby Australia organisation itself is only 5 years old. It was started by Sydney Ruby community but later became used for Australia wide notifications and discussions.

Why GG is great

Google Groups is a forum software which ended up being used as a notification board. Due to its long history, it has a large user base. If you need to get your message to the community, the RORO google group is the best way to do it.

Where GG is not so great

Important: to avoid confusion, I’m talking about the technology. It is not about the people behind it or the community around it.

Since everybody is subscribed to it, it’s very sensitive to high activity. You will be notified of every post. As a result I never felt comfortable to say anything, knowing that the whole RORO group will be notified about my message.

Google groups is like a very lightweight forum. It serves the same purpose but lacks the functionality of a full featured forum. For example there are no sub-forums and all posts are in one giant list. To put it in technical terms Rails doesn’t scale Google Group doesn’t scale.

Google groups as a forum platform is very outdated and hasn’t had any major improvements in almost a decade. Due to lack of support, spam bots have become a big issue so hard moderation became necessary. As a result now all new posts have to be manually approved before they are public.

Why Ruby Down Under?

Ruby Down Under actually is not much different from Google Groups. It is the same old forum type. The only difference is the functionality it provides. RubyDU is using discourse forum software which is written in Ruby. Its functionality includes everything that Google Groups has, and:

You can think of it as a forum software upgrade to a more modern version.

If it is an upgrade, why RubyDU has launched and the Google Group is still active? That’s because RubyDU is backed by Ruby Australia organisation, and RORO Google Group is run by the group within the community, so it’s up to them to decide if and when they want to migrate. Last time I spoke with one of them, there was a concern that RubyDU was too young at the time.

While I’ve spoke about it being an upgrade, it was never planned like that. RubyDU is one of the steps towards the goal of a better communication between RubyAU and the Australian Ruby community, as well as within the community itself. Why didn’t we just use GG? It doesn’t look logical to build the future on an already outdated platform. If you started a new project today, would you choose Rails 2 and Ruby 1.8?

Slack is a software designed for real time chat. It all started few years ago when online “slackification” exploded and many communities moved to Slack. I’ve moved the Brisbane online community from a Skype group to Slack myself, which allowed it to grow further.

In the beginning each person was only in a single slack team. However the support of multiple teams became one of the most demanded features. Now it’s not uncommon to be part of 4+ different slack teams.

Why Slack is great

Slack is one of the modern versions of chat system. It has channels, email notification, message history, history search. Not that long ago they also introduced message threads. They’re all important and useful features which are trying to address the main limitations of real time communication.

Where Slack is not so great

Most issues with Slack as a platform for community come from its real time nature and are the same for any other chat system. Slack is probably the best and the most modern option out there.

The pros and cons of real time systems would deserve its own post and we will quickly look at them a bit later. But there is one unique issue specific to Slack itself: community segregation.

Multiple teams became the worst feature for the big communities. Because Slack teams overlap there is not a single place for discussion. For example if you live in Brisbane, you probably need to follow at least three slack teams: Brisbane, ViewSource and RubyAU. The Australian Ruby community is not that big. Such segregation and isolation stops it from growing. Segregation is a problem, but even if we merge them into one that creates another problem as the chat doesn’t scale to 20+ people talking.

Why Ruby Down Under?

That discussion comes down to chat (Slack) vs forum (RubyDU, GG). They are both very different mediums and it’s important to use them accordingly to their pros and cons. Let’s define them:

Since we are choosing tools for the Ruby community let’s define it as well:

From this it looks like a forum is a better fit due to its asynchronous format. However it’s still not a perfect fit. Chat is better for a quick communication. Right now, the Ruby community limits itself by relying on the chat too much. There is a great blog post by Jason Fried about issues of doing that, there are many of them.

Chat is great for a quick talk and a forum is better for everything else. I think both Slack and RubyDU could complement each other and bring the best out of both of them if used appropriately.

Hopefully now you understand why Ruby Down Under was created and where it seats. Simply it’s more modern than Google Groups and it’s better than Slack as a community platform.

Ruby Down Under is just another tool, nobody knows how it will be used in the next 10 years but it is the best one for the job right now.

Few links on that topic

Why Slack is inappropriate for open source communications

Continuing the discussion from Discourse vs. email – Pros & Cons: Comments welcome! When should we use Discourse instead of plain email or a mailing list? Discourse excels at group conversations. Email is still great for 1-to-1 and...

Most early adopters of Discourse were developer communities, as is often the case with open source projects. Our own meta.discourse.org community is also a development-centric community, so we’ve been mindful of this use case since practically Day 0....

Why We're Betting Against Real-Time Team Messaging Apps Like Slack 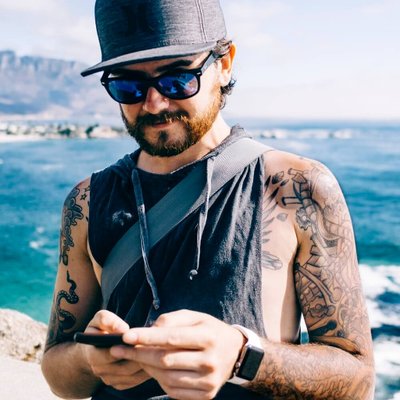 After 4 years of running a (11,000 member) public Slack community for @TryGhost — today we’ve decided to shut the whole thing down for good. I’ve got a few interesting observations to share from the experience, and what we’re moving to now instead. And so beginneth the thread:
3 Likes
antulik (Anton Katunin) April 10, 2018, 9:22pm #6

Most modern businesses and organisations today are using some kind of team chat application. The usual suspects are Slack, HipChat, Discord, Mattermost, Rocket Chat, Riot, and Gitter, to name a few. While chat is immediate and primarily synchronous,...